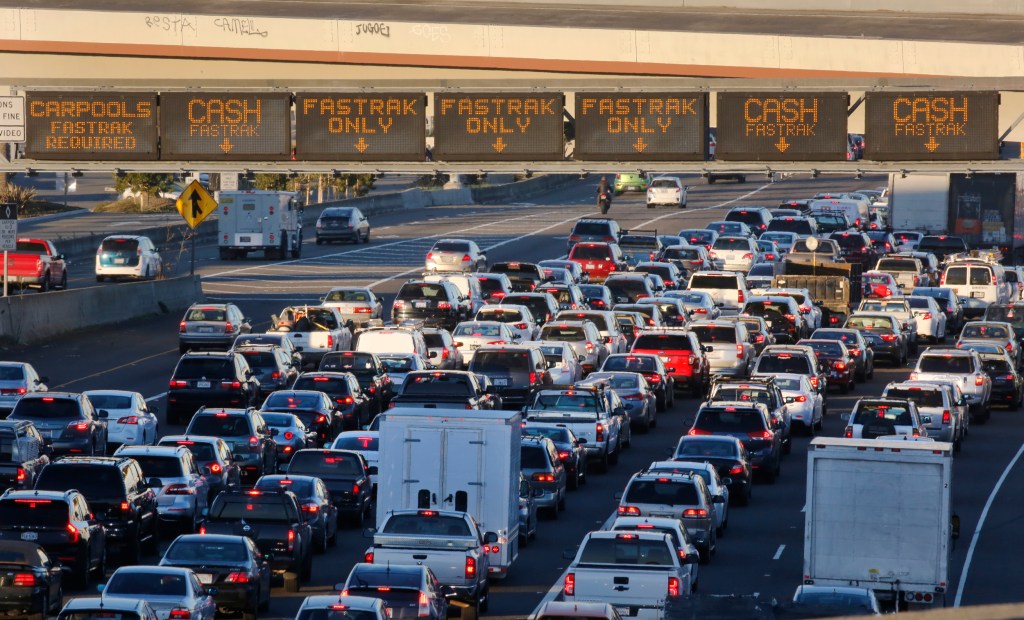 Are you thinking about leaving the Bay Area and its crushing housing costs and mind-numbing commutes behind?

The move could cost you.

Highlighting the recent push to flee Silicon Valley, moving-truck rental company U-Haul charges much higher rates — in some cases more than 10 times higher — for travelers leaving the Bay Area, compared to those entering it.

It’s simple supply and demand, says Mark Perry, a finance and economics professor at the University of Michigan and scholar with the American Enterprise Institute think tank. As the Bay Area exodus continues, U-Haul is watching its trucks drive out of the region and not return — leaving the company with a shortage in the area, Perry wrote in a blog post. So the company is raising and lowering its prices accordingly.

“They’re almost paying people to get the trucks back into San Jose,” he said in an interview. That suggests “there’s a huge outflow, and a lot of outbound moves leaving the area, and very few moves coming in.”

Moves to and from San Francisco, and to and from Oakland, saw a similar price difference.

U-Haul’s varying rates depend on several factors, including supply and demand, a company spokesman wrote in an emailed statement.

“U-Haul utilizes a proprietary rates and distribution system, and a management team that considers many factors when determining pricing for equipment rentals from one location to another, not the least of which is supply and demand,” Jeff Lockridge wrote. “We endeavor to make our equipment available at the lowest cost to everyone, regardless of where customers are traveling in the U.S. or Canada.”

In the fourth quarter of last year, the San Francisco metro area was the region in the U.S. with the most residents looking to move elsewhere, according to a recent study by real estate website Redfin. The study, which analyzed 1 million users looking for new homes, found 15,489 — or more than 19 percent — of San Francisco-area residents surveyed were planning to move out of the area, with the most popular destinations being Sacramento and Seattle, Washington.

Moving company North American Van Lines, which publishes an annual report on migration trends, last year found California was one of the top five states people left — a distinction the state has never had before. In 2017, 60 percent of moves involving the state were people leaving, and 40 percent were people arriving, according to the study.

The great raised bed failure: 5 steps to rehabbing yours