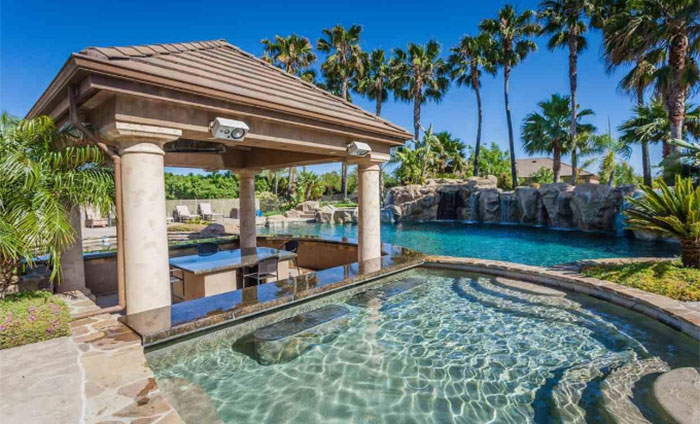 The sprawling 28,000 square foot estate consists of a personal residence, shop, event venue with grand pavilion, lake with beach, bridal casita and many other features.

The home itself is 7,021 square feet with six bedrooms and five baths. It has three fireplaces, a media room, swim-up bar and an eight car garage among many other amenities.

Start your day with the news you need from the Bay Area and beyond. Sign up for our Morning Report weekday newsletter.

The property was purchased in 2006 for $735,000 according to public records. Deneen Vornhagen with Delta Ranches and Homes is the current listing agent.

The two-time Pro Bowl center grew up in nearby Antioch. Newberry played for eight seasons with the 49ers and later played for the Raiders for one season. He currently works as an NFL analyst.

What’s It Worth?: Vintage chair made with steer horns

Sponsored: Freshening up the home