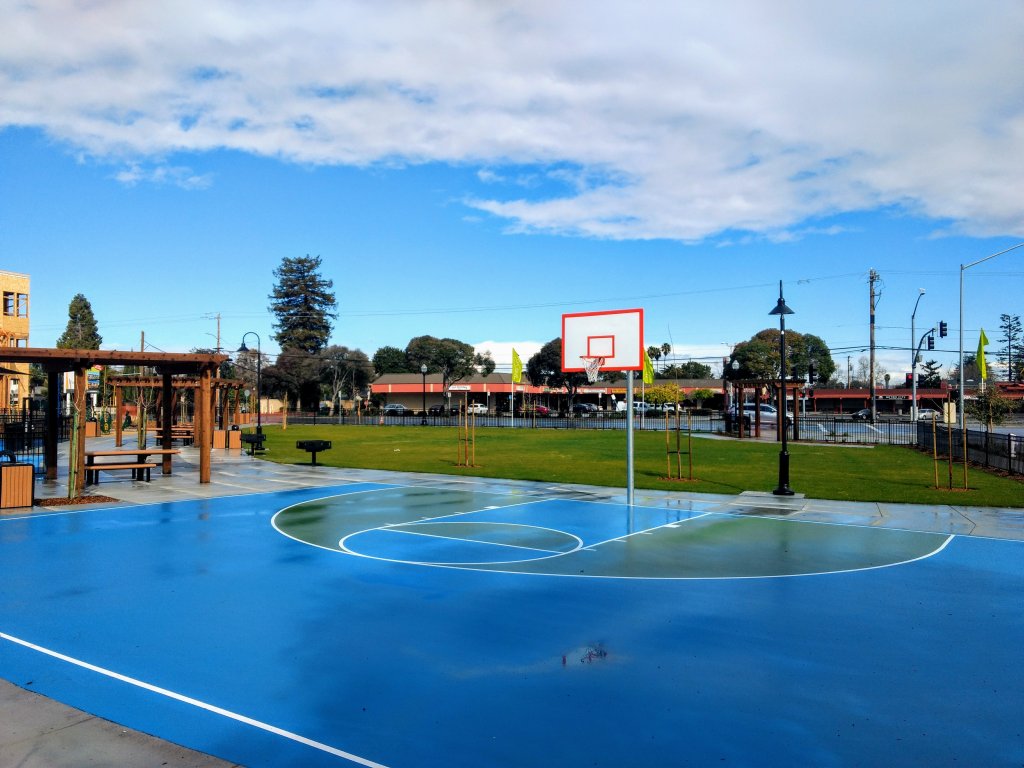 Sunnyvale residents are being asked to help the city name its newest park.

Dedicated to the city as part of The Vale residential development at 925 Deguigne Drive, the new 0.8-acre park includes a basketball court, play equipment, open grass area, barbecues and shaded picnic tables. The park isn’t finished yet, according to city spokeswoman Jennifer Garnett, adding it should be open to the public by this summer.

Because the park is still missing a name, the city is asking residents to put on their thinking caps and come up with some suggestions until April 2. After that, Sunnyvale’s parks and recreation commission will narrow down the names and the city council will make the final decision sometime this summer.

Residents can submit their suggestions in several ways. One is via Open City Hall on the city’s web page. Among the nearly two dozen suggestions as of mid-March, four were for Loren Wiser Park, after a long-time city arborist. “His dedication to ensuring healthy trees and plants and a beautiful Sunnyvale is worth honoring,” one unnamed writer said.

Richard Mehlinger proposed Jeanine Stanek Park, after the Sunnyvale Historical Society’s late chief archivist. “She was, by all accounts, a truly impressive person, and I think she would be an excellent person for our city to honor,” Mehlinger wrote.

Other suggestions were Parky McParkface; Lupe Ynigo Park, for one of the few Native Americans who held land grants and was granted part of the Rancho Pastoria de las Borregas land that later developed into the cities of Mountain View and Sunnyvale; Tamyen Park, to honor the Tamyen group of the Ohlone tribe that inhabited the Santa Clara Valley prior to the Spanish settlement; and Jax Park, named after a Sunnyvale Department of Public Safety police dog killed in the line of duty last year.

The park is on the site of a newly developed townhouse community that up until 2014 was home to semiconductor manufacturer Spansion, which last year merged with Cypress Semiconductor. Landsea Holdings Corp., a Chinese company whose U.S. division is based in Irvine, purchased the 24.5-acre to build 450 townhouses.

The park was built and paid for by The Vale developer, according to Garnett. Construction began last July.

Residents also can submit their name suggestions at drop boxes located at the one-stop permit center at city hall, the Cupertino Library, the senior center and the Columbia Neighborhood Center, or by emailing the parks division at parks@sunnyvale.ca.gov or via regular mail to City of Sunnyvale, Parks, P.O. Box 3707, Sunnyvale, CA 94088.

Hybridized plant puts on a show in the garden