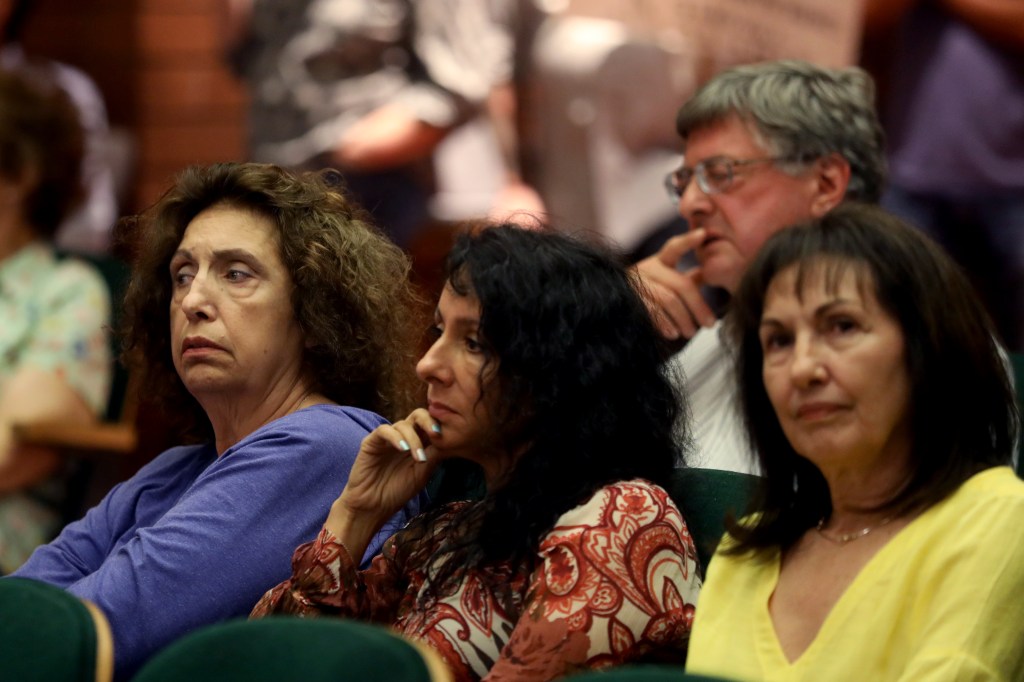 In a decision that finally brings closure to a long-running case, a Santa Clara County Superior Court judge has ruled in favor of the owner of Sunnyvale’s Blue Bonnet Mobile Home Park and the Morgan Hill-based developer she hired to replace the park with 62 three-story townhouses.

The ruling comes just weeks after the Sunnyvale City Council decided to uphold a plan that soon will displace a handful of dwellers remaining in the barren park.

But Will Constantine, a Santa Cruz-based attorney representing the residents, could either appeal the ruling or file a second lawsuit, as he’d stated at the July 17 council meeting. He was not immediately available for comment this afternoon.

While visibly distressed, Mary Lou Clark, president of the Blue Bonnet Residents Committee, said neither her faith in the justice system or hopes were dashed.

“I just always believe that if you’ve been wronged and you’re right, I feel that somehow, someway if you just don’t give up… you just have to kind of be like, OK you got knocked down on the first round. You’ve got to pick yourself up and regroup,” she said. “I don’t feel like everything is lost; I just don’t.”

Though Clark doesn’t live at Blue Bonnet — she rents out her home there — she represents the very last few of roughly 50 people who occupied Blue Bonnet as recently as last year. The holdouts filed a class-action lawsuit in May 2017 to void the City Council’s decision to close the park. They claimed the action conflicted with state law as well as Sunnyvale’s own policy of preserving affordable housing.

The Aug. 8 ruling issued by Judge Deborah Ryan disagreed, stating that Sunnyvale’s status as a charter city allows it to enact its own legislation separate from the state’s. Ryan ruled in favor of the city, park owner Sue Chuang and East Dunne Investors LLC on all counts, finding that they legally complied with the city’s process for closing and converting mobile home parks.

“The court finds that the City Council’s decision approving the (conversion impact report) and the mitigation assistance benefits was based on substantial evidence following a full and fair hearing,” Ryan wrote.

But Clark today wondered if ambiguities in the interpretation of the codes, such as Sunnyvale’s zoning laws, created a loophole that ultimately benefitted Chuang and the city.

“I think too that when you’re going against the city that it’s harder for a judge to rule against so many things like that,” she said. “It would have meant for them to redo their odinance and I don’t think a judge would ask them to do that.”

What’s It Worth? — Perfume set by Fenton Glass